So many books and articles have been written about leadership that it is perhaps a vanity to believe that I have anything even incrementally valuable to contribute.  In fact, my first thought in response to Janet’s request that I write this was to simply state that I am not a student of leadership – find someone else.

However, I have somehow successfully navigated a career during which I have had the responsibility for a very large number of CEO’s, both at the divisional level in global multi-national companies and in start-up organizations.  Having hired (and also fired) scores of very senior executives, I have acquired my own set of attributes that I believe are critically important to assess – with one standing out from all the others.  And, having suffered the occasional humiliation of having to fire a CEO or two that I personally thought would be terrific has certainly shaped my interviewing tactics. 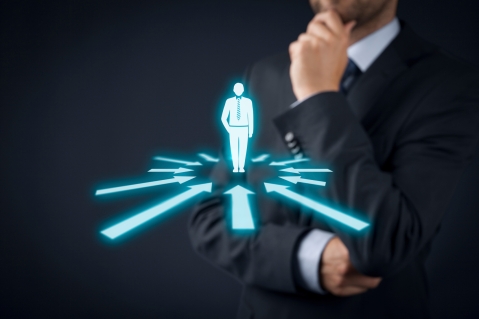 My interview process has evolved from a simple chat about a person’s career and experience to a fairly structured series of open ended but probing questions.  Prior to the interview, I list and rank both the competencies (domain knowledge) and capabilities (personal attributes) that are important for the specific job.  This is not novel and a quick search will reveal lists and templates for following such a structured process so I won’t go into that here.  Additionally, any mature interviewer will tell you that it is best to ask for stories or specific examples from the candidate’s career to allow an assessment of the attribute being assessed.

However, through it all I am search for a special quality that I have observed in almost all very successful CEO that I have never seen on one of these “how to interview” lists.

Before I begin, one caveat is necessary.  Possessing the magical attribute upon which I will shortly focus is no guarantee of success.  Successful CEO’s come in many personality types and leadership styles and all modes of CEO failure have yet to be discovered.  In the last two years I have personally been involved with two CEO failures in companies in which I was closely involved (in these cases, at least I did not hire them) both of whom were highly intelligent and capable individuals.  And one only has to read the paper to find new boneheaded moves being created weekly with Martin Shkreli and Elizabeth Holmes competing for most creative CEO suicides in the past year or so.  However, I will assert that without the one attribute below, the chances for success are greatly reduced.

The magical quality that I seek might be best summarized in a quote from F. Scott Fitzgerald:

What I am trying to describe is difficult, so please bear with me.

The successful CEO of a medtech or biotech start-up has a very great deal of simultaneous pressures coming at him/her.  She needs to raise money, while hiring, while staying within budget, while innovating, while keeping an eye on competitors, while adhering to regulatory requirements, while communicating with the board and scientific advisors and investors, potential customers, strategic partners…  all within a domain that has the greatest complexity of any industry on the planet.  There is a reason why the professionals that we serve with our products are trained longer than any other discipline – this is difficult stuff!

In our field, this complexity cannot be simplified.  It must be managed.

Gloss over a critical regulatory issue and your company is toast.  Ignore a one-time strange result in a clinical trial and you may miss that one opportunity to make your product a winner or thrown in the trash.  Our biological world is full of tiny development details on top of biological science that may be poorly understood upon which your entire company is based.  A CEO who does not pay attention to the details, one who does not possess a boundless intellectual curiosity, is certain to miss either the key element of success or the trip-wire of failure.

At the same time, no CEO ever convinced someone to invest in or acquire a company through their mastery of minutia.  He must have the ability to weave all of these details into a coherent and compelling story that appeals to the life-saving humanitarian while presenting us with her plan for a whopping investment return.  We have all seen such CEO’s on stage passionately presenting their company, capturing first the public’s imaginations and emotions before leading every listener to believing in the solid business case at the heart of the enterprise.

Probably every one in the field has met the stellar but one-dimensional CEO that is a micro-management detail freak whose employees quit and whose company cannot raise the next round of financing.  More frequent is the brilliant visionary who never delivers.  The challenge is in the fact that these two attributes are, if one thinks about it carefully, often mutually incompatible.

Delivering the compelling and visionary story while keeping in mind all of the myriad risks and uncertainties of daily execution is difficult.  This often leads the detailed-focused CEO to not be able to communicate and sustain his or her clear and steady mission resulting in cloudy messaging to all stakeholders with too many zigs, zags, back-alleys, and distractions.  The impression left is that the hand at the wheel is anything but steady.

On the other hand, the visionary CEO may simply ignore the little problems that may be the first signs that attaining the oft-presented vision might be more difficult than originally expected.  In fact, the better they are at defining their compelling goal, the more in danger they will be of not hearing (or worse, creating a culture that they don’t want to hear) any distraction from their lofty path to success.

And yet the best CEO’s manage this conflict quite well and smoothly glide between a focused steady vision and the agility of finding solutions to all of the inevitable daily problems that threaten the enterprise.

I have to confess that I have yet to invent a systematic way of teasing out this desirable professional schizophrenia in an interview.  So I poke and prod my way around it asking first for a two sentence summary of business strategy and then plummeting deep into the weeds of a subject to see how far the candidate can dive.  I ask how they communicated the inevitable deviations to plan and when and how these deviations were first discovered.  It is often illustrative to ask about the area in which the CEO states that they are particularly expert and asking for what is unknown or still to be explored in that field.  And, as I have found that all of the best CEO’s have a capacity and even a need for introspection and self-reflection, I always ask what they would do in a particular situation if they had to re-live the experience be it success or failure.

All of this is designed to accomplish one thing during the interview – I attempt to force the candidate to rapidly switch between vision and detail.  I want to find myself convinced by the former and impressed by the latter.  Therefore, it is this intellectual agility, the ability to hold these two opposing attributes in mind and still retain the ability to function, that ultimately guides my decision.

Send comments and questions to: tmiller@greybirdventures.com

After receiving a degree in Nuclear Engineering from the University of Massachusetts at Lowell, Tom studied Medical Physics at the Harvard/MIT Health Sciences and Technology joint program graduating with a Masters degree in 1982.  During his academic career he worked at Los Alamos, the Swiss Institute for Nuclear Research (now the Paul Scherer Institute), Brookhaven National Laboratory, and the Massachusetts Gene 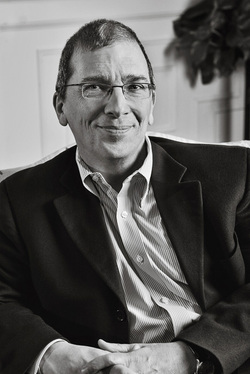 ral Hospital as a research associate in radiation biophysics.

Tom then joined Siemens Medical Systems where, after 9 years, he became the first non-German CEO of a German factory and global business unit.  He left Siemens after 15 years to become CEO of the global medical operations of Carl Zeiss as well as CEO of Carl Zeiss USA.  Completing a successful turnaround of operating losses, he joined Analogic Corporation as CEO.  After three years and a doubling of the stock price, Tom left to become CEO of LightLab Imaging, a start-up that he helped to establish.  Following the profitable sale of LightLab, Tom re-joined Siemens eventually serving as a member of the operating board of Siemens Healthcare and the CEO of Customer Solutions Division, responsible for 26,000 employees in over 130 countries.  In 2013, Tom co-founded GreyBird Ventures, LLC, a venture firm focused on early stage investments in precision medicine diagnostics.